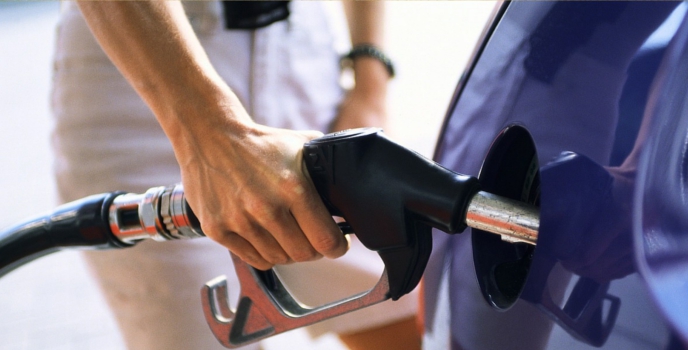 Have You Considered The Benefits Of Working From Home?

I’m far from a political dude. I vote, mostly based on how well they debated on TV. My views are merely based on what I hear and what I know, which is not very much. I do however follow the ‘Budget’ closely. You know the cringe scene where one of the Prime ministers cronies holds up a red suitcase telling us how much money we will lose again this year?

I’ve watched people cheering in the streets, hugging strangers and high fiving one another as George Osbourne postpones another petrol tax hike. It’s the second time this has happened in 6 months. The first was in January and now it’s happened again. We escape another rise on average save approximately £1.50 a full tank. Were you one of those rejoicing in the street? Little problem here; the rises have merely been postponed and the rise will still happen in January 2013 and another one in April 2013.

But what do we do about this? Sell our car, adopt public transport and use the cycle to work scheme many organisations have. These are all genuine options but are they actually plausible for the everyday family Man/Women? Not really. Kids need to be taken to school, groceries need to be bought and as a working parent time is precious. There’s also nothing worse than waiting for a bus to arrive in the middle of December after a 9 hour shift at work. It’s painful….I’ve done it..

But what solution do we have? What route does the everyday working man have to beat these petrol hikes and save money to invest into your future? Sounds dramatic but with the continued increases in petrol prices a huge dent will continue to appear in your salary.

Remote working is the answer.  Managers, HR departments and employees think about this for one moment and assess the opportunity here. Think about your car costs:

Given the continued rises in fuel costs this figure will only increase. Furthermore your bank account will continue to be pounded into submission with fuel costs one of the highest outgoings which is avoidable.

How can we avoid this through remote working and how does this benefit both the organisation and the individual? Do I actually have to spell this out?

Save the commute petrol:

Working from home saves fuel costs. No longer do you need to stride out of the house and into the car in the morning. Not only is it a time saver but it’s a money saver. My commute was approximately £25 a week possibly more. Now it’s substantially less because I work from home. Organisations who promote working from home solutions are saving employees a lot of money and for company financed cars they are saving themselves substantial amounts of petrol money as well. It’s self explanatory. The promotion of working from home negates the need for as much petrol and will save you sums of money.

Cars lose value like nothing else. There’s a famous saying that states as soon as you drive the car out of the showroom the value will be lost by a third. Whether that’s true or not is irrelevant, what is relevant is the fact that the value of the car will be depreciate with the constant commuting. By working from home the car will be used less and will have less wear and tear which will retain value. More money will be preserved long term.

Have a weekend car:

Becoming a weekend driver is not for everyone but having a weekend car is. If you work at home then the need for an expensive, fuel guzzling ride will be less of a requirement. If you can put your ego and image to one side then trading in your car for a weekend run around may be a genuine money saver.

Not only will the cost of the car be vastly cheaper, as will the insurance and petrol. Given you will be working from home what is the need for an expensive car to be sat on the drive? Swallow your pride, replace the2 litre Audi for a 1.2 VW Polo and save the money.

Corporate organisations seem to have an obsession with providing staff with company cars. Even those who are office based seem to be provided with a company car to use. What’s the point in this? Sure it’s a great perk, it’s another incentive for taking a job but is it really a necessity?

Instead of providing an expensive company car why not provide the equipment for the staff member to work from home? Hell if you want to completely cut costs why not just offer them the chance to work from home as a perk? Companies can literally save some real money by scaling back car costs, reducing fuel bills by providing their employee’s with working from home solutions to replace company cars.

A study by the Telegraph in 2010 shows the average yearly cost per company car for it’s employee’s.

Given the data is more than 2 years out of date the total yearly cost will be significantly higher than the near 9 thousand above. Companies can make a real saving here by exchanging remote working for company cars and petrol. Still want to offer perks? Why not pay some of the electricity bills for home workers in exchange for a company car? Significantly less financial outlay and far more of a perk to some staff members especially those Gen Y’s with aspirations to ‘work from home’

Companies need to be more creative with the benefits they offer especially given the state of the economy. By offering perks to staff members while still cutting the financial outlays for the organisation you smartly beat any fuel hikes and still delight your employee’s.

The economy sucks, people are struggling financially and the morale is real low. Morale will be even lower once fuel hikes kick into gear. Extra cost to get to your job without the signs of a pay rise depresses everyone. Companies can help alleviate this by offering working from home solutions.

Whether this is just one day a week, two days or more of a full time arrangement companies should strongly look into working from home solutions in a way of improving staff morale. With the hike in fuel costs and companies struggling to offer pay rises they should look at other ways for their staff members to gain more from their salaries. By alleviating a commute 1-2 days a week can make real savings to someone’s pay packet especially under the impending petrol price hike.

These ‘perks’ from organisations can really give a morale boost. It’s tough at the moment and it’s going to get tougher so why not make it easier for your staff and give them a break from the financial woes. It makes perfect sense.

Darker days are upon us but it’s really not all doom and gloom.  Things can be made much easier by companies valuing their workers and helping them when things are tough. It’s not going to be easy and the petrol hikes are going to continue to hit us hard so it’s up to our places of work to help us through these times. By offering working from home solutions we can body slam the petrol fuel hike and use finances where more necessary.

Have any more reasons why home working makes sense? We want to hear about them!

Can You Make Good Money Without Managing People?

When Job Hopping Makes Sense. A Guide To Career Hopping

How To Become A Valued Employee Within The Millennial Age

What Should Spark A Job Move?

11 Of The Best Legitimate Work From Home Friendly Roles