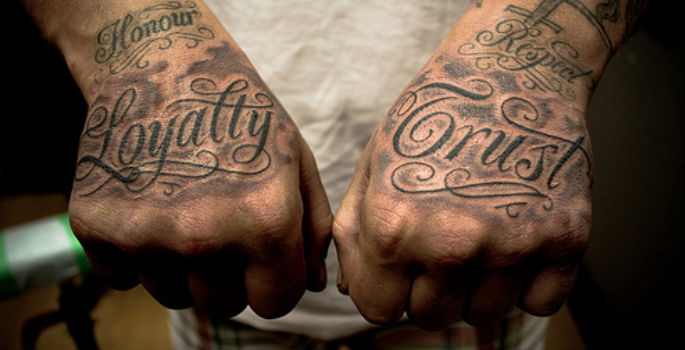 Are You Loyal To Your Job And Not Your Employer?

Loyalty is always discussed in business. I cannot count the amount of times I have heard people say ‘I will stay here another two years just so it shows I am trustworthy and loyal on my CV.’ But does loyalty come at a cost on your overall career and should loyalty only be measured on your accountable job role and not the whole company? I think so.

In my 6 years in business I am now on my fourth job. Some would call me a ‘jumper’, someone who doesn’t stay in one company for longer than five minutes. I would call the opposite. After reading this great study by the World Tourism forum it’s clear that many within my generation, the Y generation have the same thought process as myself.

But what is this thought process and why has it changed in the past 10 years?

The younger generation are no longer accepting a job just because it’s a ‘job’. The need for job satisfaction is most probably the underlying reason why companies are struggling to keep employees for longer than two years. Every job role I have had my rationale for leaving was job satisfaction and fear my progression in more chosen area was slowing. Some of the companies I have worked for have had some great people working there, fantastic employee benefits (gym, free fruit, flexible hours) and strong salaries but ultimately I had no loyalty to my role.

Companies are focusing in the wrong area. Why build such a positive working atmosphere yet the actual work falls behind industry standards? Management style, company strategies and long term plans need to be agile to retain the younger generation.

I want to be loyal first and foremost to my role and not the company. Here’s a few ways companies can build that loyalty with generation y and retain staff.

The job role HAS to be right:

We have touched upon this above but the main factor is the job role. Everybody takes on a role with a vision of how the role will be, what they will have to complete day to day and so forth. Generation Y have a clear vision of what they see as their job role. I know personally where I want to be in business, what direction I want to take and if that changes with a specific job then I would seek to find the direction elsewhere. Is that selfish? I don’t think so. I think it’s more of a question to the business as to why they moved the goalposts or the job role wasn’t as advertised.

Make the role as close to as what was advertised as possible. People are happy to diversify however if it’s in a completely different direction then that loyalty gained by them choosing your company will be lost.

They say in jest that Generation Y’s want to be business leaders in five years. Sure many may harbour this ambition however when I mention progression I’m not talking about promotion. Of course promotion and recognition is a beautiful thing but generation y merely want to see them progressing in their career. It’s about self worth and self construction. The power is more in the employee than ever before so ultimately the employee wants to feel that progression in their skills set.

If when In a job they feel like they are stagnating, losing touch with the industry and not taking the right path for their aspirations then there will be no loyalty to the employer as the job isn’t loyal to them.

You get some great managers and you get some really poor managers. I have had a mix of both. If you’re working in a large organisations then your loyalty is to your job and your direct report. You tend to judge the overall company on what you are fed by your line manager.

Management has to be right or loyalty to the job will be lost and thus the employee will be lost. It’s extremely difficult to motivate yourself day to day if you’re not inspired or infused by your manager.

Having the right manager who has your best interests in mind will breed loyalty. Everybody wants to do work for the awesome guy.

This is a classic trait of this generation but one I believe job loyalty is built from. My most loyal times within a job are when I am constantly reassured I am doing a great job. I want to feel importance, feel like my job role makes a difference. I have been in roles where I have been asked to do a specific role and go home, day after day, week after week. How can one be loyal in a position like that?

The first sign of loyalty is to your job and this has to be built by knowing you are doing a good job. If nobody tells me then my affinity with that role will be lost.

Trust is a huge part of loyalty. If I am trusted to do my job, without micromanagement and interference then I am more than likely to have a sense of loyalty towards both the job and the organisation. But again this falls down to the job. If you’re in a role where you are constantly micromanaged, made to report to management every hour you spend in the office and your every move is watched then where does the loyalty come from? I am loyal to a role in which I am trusted to do my own job properly.

Are you loyal to your employer or is your loyalty for them purely down to your job? Would that allegiance change if the job role took a direction different to what you are working towards. Comments extremely welcome below.

How To Reduce Sick Leave In The Workplace

Implementing An Agile Working Environment To Create A Dynamic Workforce

The Respect Generation. Should We Give Generation Y What They Deserve?