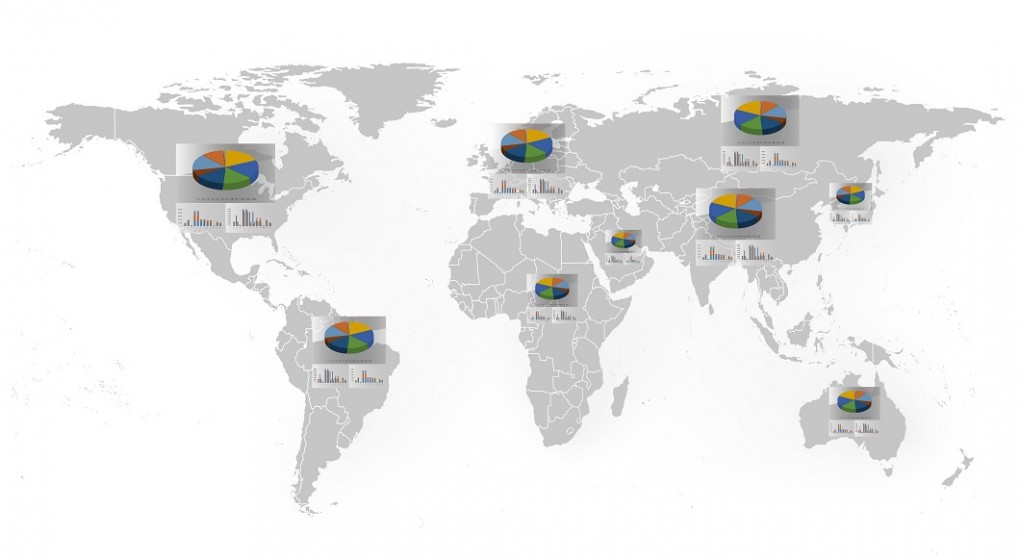 Roughly 21% of the American workforce was Generation Y as of 2009, showing a rapid increase since 2005, when it was 14%. There is some evidence to say that the economic situation in America could mean that this increase in numbers is likely to slow down or even reverse in years to come.

Within India, roughly half of the population is under the age of 25, meaning that there is an astonishingly large number in India being trained in the Generation Y way of mind at the moment. However, the competition for appropriate jobs is arguably at its most fierce in India, meaning that a significant number of Generation Y workers are not in jobs that showcase their talents sufficiently, if they are in jobs at all.

The Generation Y population of China consists of approximately 200 million people. Far from the ‘work hard, get rich’ attitude of earlier generations in China, the Generation Y workers there adopt a more relaxed demeanour, geared more towards the fulfilment of personal goals, and being one’s own boss. They are generally more frivolous with money than older persons in China, spending up to 50% more than their ancestors did.

Approximately 20% of the adult population of the UK is Generation Y. The harsh economic climate of the UK means that many of these people are unemployed, and many are in jobs not suited to their skills. A high proportion of Generation Y within the UK is in Higher Education, being one of the countries most geared towards that path to work. A similar percentage of Generation Y adults make up the population of Canada.