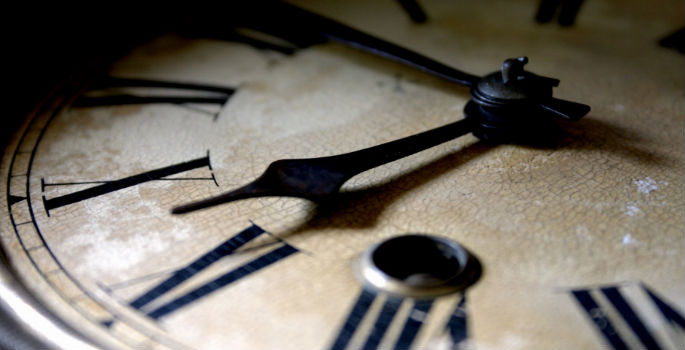 What Should Spark A Job Move?

“My dad had one job his whole life, I’ll have seven, and my kids will have seven jobs at the same time.” Robin Chase, Founder of Zip Car

Robin’s definition of the Generation Y business world we currently live in is absolutely correct. Times are changing and seeking career advice from your baby boomer parents is probably not a strategy which matches society right now.

Neal Gorenflo from the critically acclaimed magazine Shareable emphasises how the crippling student debts and lack of job prospects means that Generation Y are defining new options and exploring new paths for their career.  It’s not uncommon for the generation to have multiple income streams to reach the financial security parents once took for granted. So what impact has this had on how long an employee stays in one job?

The millennial generation have redefined just this.  It is estimated that 91% of millennials expect to stay at their job less than 3 years which would amount to 15-20 jobs across a lifetime! Quite a number of jobs. But does this come at a cost for the long term future aspirations? The answer to this comes solely down to the individual. There’s positives and negatives to both approaches but what remains clear is that the Y generation have an ambition to seek financial security, job satisfaction and work life balance all under one roof. You can also bet that those ambitious Gen Y’s won’t stop until this is achieved.

This doesn’t just cover recruitment consultants but also HR Managers and hiring managers. A CV with numerous jobs on over a small period of time sets alarm bells ringing. ‘Will this guy/girl do the same to us?’.

On the flipside there can be clear positives from hopping from company to company in the early stages of ones career, especially in a Gen Y focused world we live in. Companies are keen to recruit the high calibre Gen Y’s which means great opportunities can appear.

Career advancement is typically slower when staying in one company for a sustained period of time, especially when joining the company as a graduate. Job hopping can eliminate the stigma usually attached where companies believe an employee needs more experience to be promoted or the more experienced candidate deserves the promotion due to ‘paying their dues’.

Negative – Does it benefit the long term?

Generation Y have less loyalty than previous generations.  They’ve seen their parents show loyalty to jobs to then suffer redundancy. Instead of focusing on gaining stability, work satisfaction and fulfilment is the primary goal. With this the long term needs to be considered. A job move needs to benefit the long term. People commonly move sideways or sometimes take calculated risks and move to lesser organisations. The move shouldn’t get you from A to B but more A to C. Think long term and what you want to achieve in life and in work.

Are you leaving the job for the right reasons? It shouldn’t just be financial reasons but as many boxes as possible should be ticked. It’s not always wise to move jobs unless you’ve ticked a high % of your requirements. Move for the right reasons and not just because you’re bored of your current job.

What should spark a job move?

A job move and when to make it is entirely down to the individual. There’s arguments commonly to suggest that you should stay at a role long enough for it to look ‘good’ on your CV but what does that actually mean?

How long you stay in a role is completely down to job factors; factors of which would spark a move elsewhere. Think about simple points including;

: Is your job making you unhappy
: Do you feel unfulfilled
: Are you lacking career prospects in your current role?
: Is the work/life balance poor?
: Is job flexibility limited?
: Have you seen better jobs on the market within your area?

Staying in a role which is negatively impacting your lifestyle long term to make your CV look ‘rounded’ is as ridiculous as it sounds. Sure there needs to be a level of intelligence involved in the moving process but opportunities shouldn’t be missed on the basis of your CV.

Choosing the right career path and making the right decisions is the key factor. There’s no ‘right’ time so to speak and there’s no set length which you need to adhere to. If a job move can get you to where you want to be now and long term then it should always be considered, irrespective of the time you’ve been in your current employer. The period of time is not in question it’s the ‘right’ moves. If you’ve shown upward progression in all your job changes then you are making the correct decision.

Can you stay somewhere too long?

Becoming part of the furniture or staying in a job too long can also hinder future employment prospects. It’s about getting the blend just right. Those who have had an extended period of time within the same company occupying the same or similar job roles shows a lack of ambition and a reluctance to take the next step in their career. Although this can be perceived as loyalty and shouldn’t be viewed as a negative, those who have had similar roles look from the outside as not qualified to take the next advancement in their career.

So how long should you stay in your job? The answer is there is no set time. The notion of a good, well rounded CV is laughable and should not be a reason to stay in a job. At the same time job hopping from one role to another on the same scale is not advisable. There are so many factors which result in one leaving a role and moving to another role that it’s impossible to call someone a bad ‘employee’ based on their CV. How long should you stay in a job role? As long as the role continues to develop your skills professionally as well as facilitating the lifestyle you want to lead.  We only have one life after all.

Can You Make Good Money Without Managing People?

When Job Hopping Makes Sense. A Guide To Career Hopping

How To Become A Valued Employee Within The Millennial Age

11 Of The Best Legitimate Work From Home Friendly Roles

Have You Considered The Benefits Of Working From Home?