Do People Really Think Home Workers Are Like TED!? 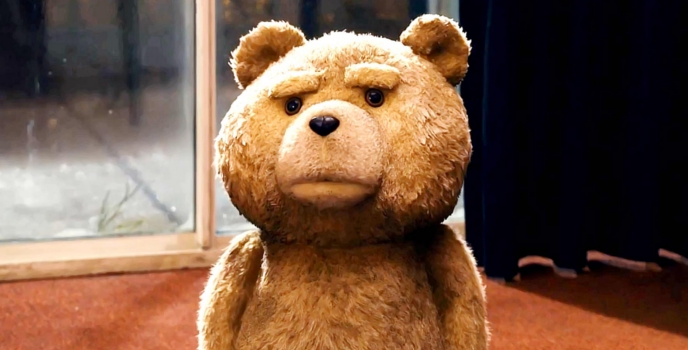 Unless you’ve been living under a rock for the past month then you may have seen a film advertised about a Teddy bear which breaks all the stereotypes you would attach to a child’s cuddly friend. Cute? Yes….But cuddly? Not at all. Ted is a different breed. A beer swilling, pot smoking, ass tapping Teddy bear with a mouth like someone you would expect to see down at the local social club.

To give you a quote of the material expected then here are a few quotes:

Ted: That’s because their mouths were full of your wife’s box!

Ted is everything you don’t want from a Teddy bear. But let’s step away from reviewing the movie and actually look into Ted as a character and how he’s not far away from the perception people have of a home worker. If I had a pound/dollar for EVERYTIME someone said to me ‘Oh home working you’ve got an easy life’ then I’d be an f*cking rich man and yes then I would be sat around like Ted. Maybe then I would drink, tap some ass and be merry? But ‘are’ people really that naive, narrow minded to think that as a home worker we sit around doing nothing?

I actually believe that many people are. Because I do not leave the house and shovel shit for 12 hours a day doesn’t mean I’m not working 12 hours a day. Just because my office happens to be my third bedroom ‘DOES NOT’ mean I’m not in there from 6:30am in the morning. People need a reality check; an education into how businesses work today. The days of the carrier pigeon have gone; we now have email. The days of using a quill pen have unfortunately passed by. I can get away with my fingers and a keyboard today.

Ted opened my eyes to this. It opened my eyes to the reality that people think as remote workers we are like that. That we spend our day doing one of the typical stereotypes. That work is not important and we wing our ways through life living the dream. Of course forgetting all the important things in life like a career, life, mortgage and so forth.

If you’re a remote worker then you will no doubt feel my pain and anguish when reading some of the below work at home stereotypes: 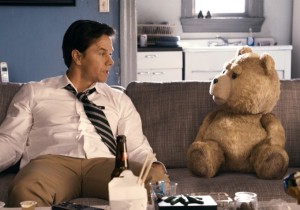 : You sit on the sofa all day
: You play video games
: Lunch lasts 3 hours
: Day time TV is a regular fixture
: Work the hours you want
: We go shopping in the middle of the day
: We have such an easy life

They are some of statements I have received since working from home and it’s been 5 weeks, two of which were spent in the Singapore office. For those who are a little bit further into the home journey I pity you. For those of you who have used any of the above statements I also pity you as you lack understanding of how the world is shaping up which is quite alarming.

Here is the reality:

People are stereotyped all the time. We live in a society where this is acceptable. All people who work in banks are ‘wankers’ because of the financial collapse. Footballers are all ‘thick’ because a few of them say ‘you know’ on Television interviews. The same applies for home workers. We automatically do nothing because we don’t go into a weird office and have small talk with the dude in the suit.

The stereotype needs to be removed and pronto. But how do we remove it? By more businesses removing the office shackles and allowing people to work remotely. People in powerful places will always steer perception and until more companies embrace remote working the stereotypes will continue and I will remain a lazy, beer drinking, pot smoking Teddy bear blagging his way through a career. Please pull your heads from the sand, stop; think and listen to yourself. It’s getting embarrassing now.

PS: Cheers to those home workers who are just sipping on another beer like me………or maybe just writing a blog post?

To those stereotyping office dwellers. Enjoy the commute.

Why GAIA Insights is doing what we’re doing

Enjoy Your Family, Ditch The Commute & Save The Environment

Working From Home: My Best Friend And WORST Enemy